How to Use the Flip, Fire, and Paint Technique for Even More Delicious Barbecue

The secret to delicious barbecue is using the flip, fire, and paint technique to apply BBQ sauce in thin layers using the heat from the grill to sear it on and crisp everything up. 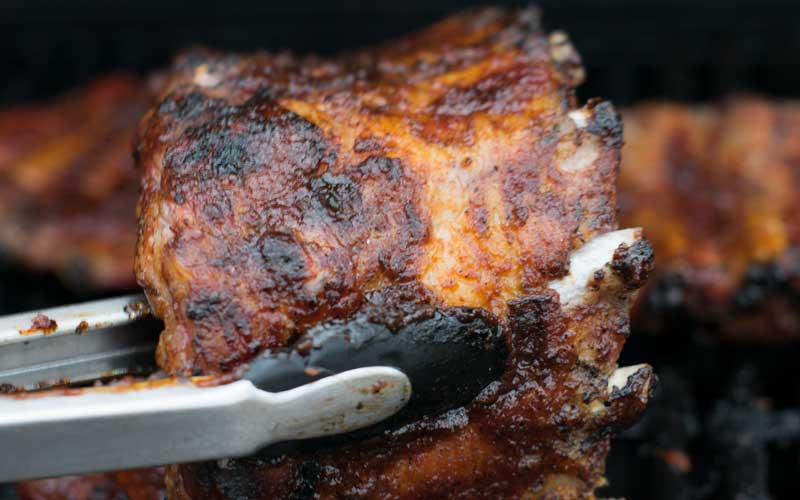 There’s a secret when you’re barbecuing that makes all the difference between chicken and ribs with a nice crispy outside with just the right amount of sauce on top versus barbecue so gummy that it tastes like day old drive-through.

The best barbecue comes from going low and slow, letting whatever your cooking absorb the flavors from the smoke as it cooks.  It’s a technique perfect for cuts that get more tender and juicy the longer they cook.

The same process that works so well for chicken and ribs can be a disaster for BBQ sauces. Whether they’re homemade or from the grocery store most tomato based sauces start with ketchup or something similar as the base, which ends up sticky and gummy if the sauce spends too much time on the grill or in the smoker.

That’s why the best way to finish barbecue is to flip, fire, and paint it. This technique works particularly well with smoked meats that need to be crisped up after spending the afternoon in the smoker. 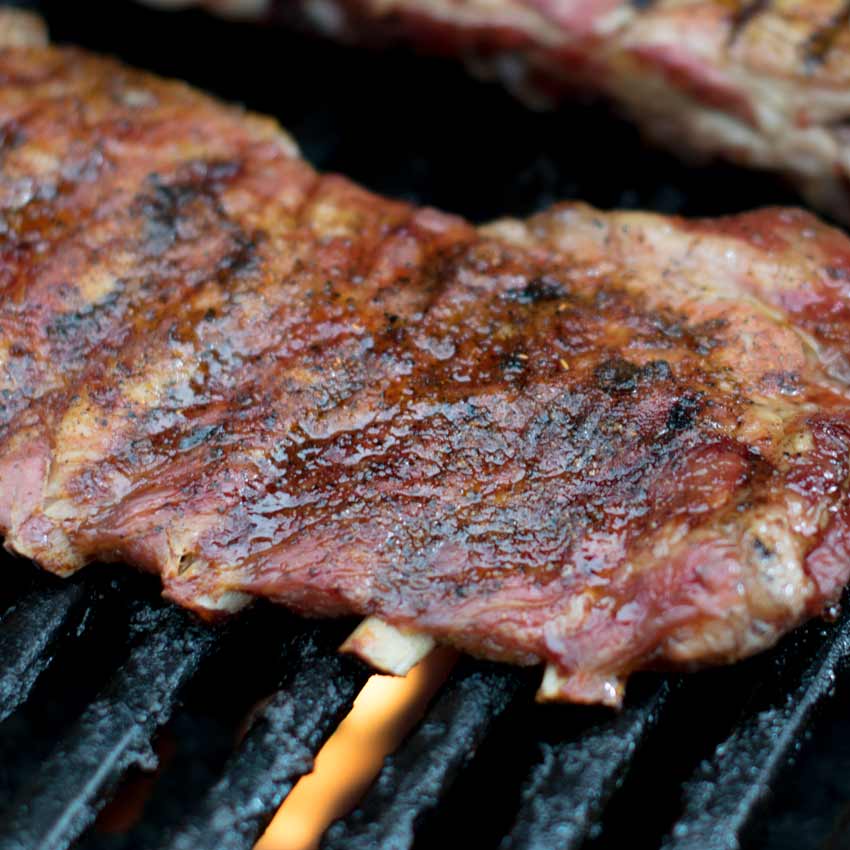 Start with A Dry Rub

The place to start when you’re barbecuing is with a good dry rub.  The combination of salt and spices infuse their flavors into whatever your cooking.  In a lot of ways, the spices in a dry rub serve the same purpose as aromatics in a soup or stew.

The advantage dry rubs have over marinating something in bbq sauce is they don’t get all sticky and prevent the outside from getting crispy. Using a dry rub helps create a finished dish with more complex flavors than smoking or grilling can on its own. For example, in our basic dry rub, we use brown sugar to add sweetness and encourage caramelization, smoked paprika to add heat and smokiness, and garlic powder to round out the flavors. 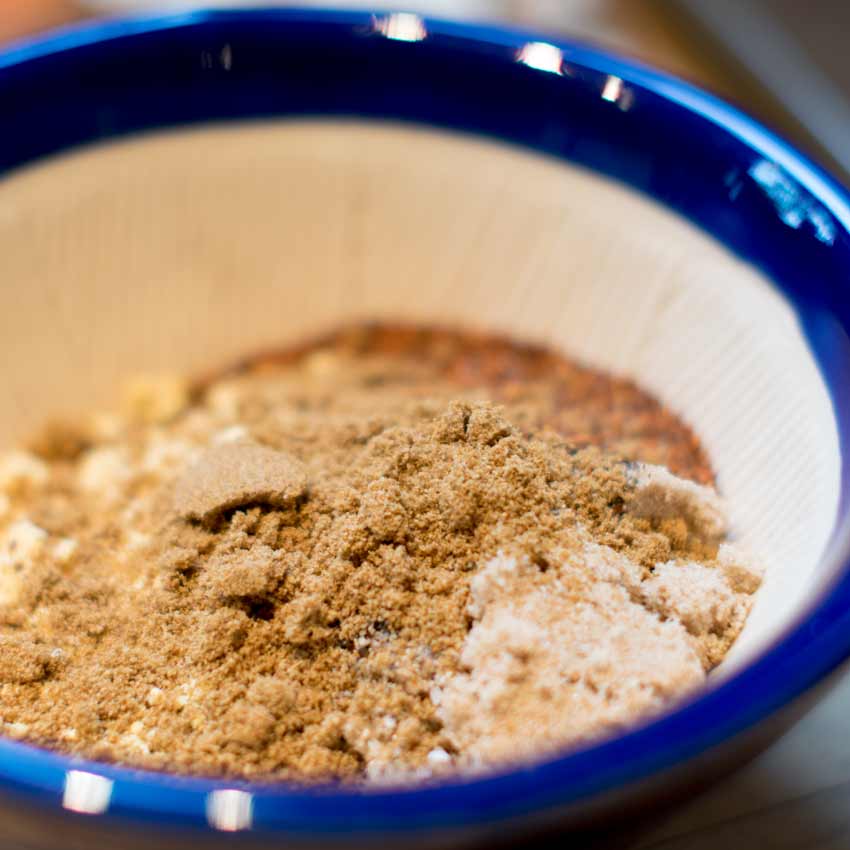 The best way to season barbecue is with a dry rub

One of the best things about dry rubs, when you’re cooking something for a long time, is that they work as the food cooks. Because spice rubs slowly infuse their flavors into the food while it’s cooking rubs can be applied right before something goes into the smoker or on the grill.

A tip if you’re cooking low and slow is there’s no need to brine food before cooking.  Most of the cuts used for barbecue, things like pork ribs, beef brisket, or chicken thighs have enough fat and connective tissue that as long as they’re cooked at a low enough temperature they will end up nice and juicy whether they’re brined or not.

Our general rule when smoking is to try and stay under 250℉ (121℃) with most of what we smoke being cooked at 225℉ (107℃).  It’s not something we’ve run through our full testing process but has served us well as a guide.

Sauce at the End

There are a couple of advantages to saucing barbecue at the end of the cooking process.  The first is it lets you control the amount of sauce. A good rule of thumb is the better your barbecue the less sauce you need.  BBQ sauce should be the cherry on top, the little thing that elevates a rack of ribs from delicious to transcendent.

Brushing the sauce on at the end lets it caramelize, opening up a world of flavors that is impossible to find if you’re applying sauce by the bucket.  The caramelization process helps create texture by crisping up the outside, creating a contrast with the supple, juicy texture that comes from a long, slow smoke. 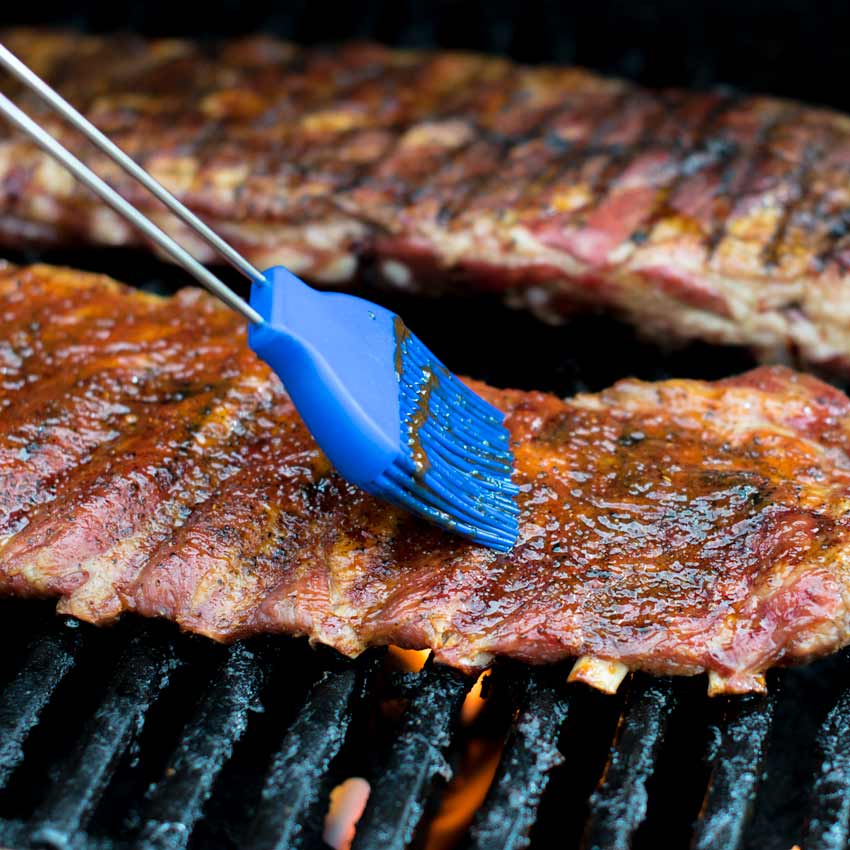 Silicon brushes are the easiest way to add BBQ sauce

The flip, fire, and paint technique is our favorite way to finish barbecue.  We also use it with veggies and other things that get sauced on the grill.

The easiest way to use this technique is to have a section of the grill set to medium-high heat and another section on low. Having two different zones is helpful if your barbecue starts to flame up while it’s over the hot part of the grill, giving you a place to move it while the fire calms down.

Step 1 – With your food on the cool side of the grill, use the brush to paint the topside of whatever your cooking with a thin layer of sauce.

Step 2 – Using the tongs flip the barbecue, sauce side down, over the hot part of the grill.

Step 3 – While the grill is searing the sauce on to the barbecue paint the backside with sauce.

Step 4 – Let the grill work its magic for a few minutes before flipping the barbecue over so the backside is fireside down.  While the backside is facing the fire, paint the topside with another layer of BBQ sauce.

Step 5 – Let the grill sear the backside for a few minutes before turning the barbecue over and repeating the process until each side has been flipped, fired, and painted three times. 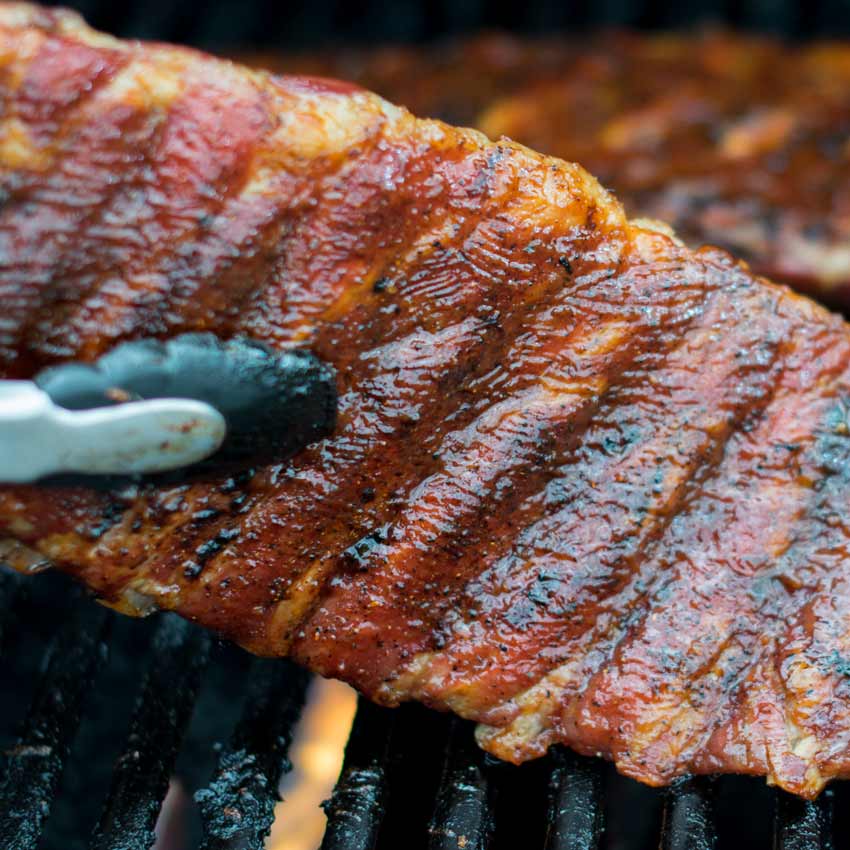 Applying the sauce in thin layers lets each layer caramelize before it’s sauced again.  Think about it as if your painting a room in your house. The first layer is the primer, it sets up the base and starts to add flavor and texture.  Once the second layer goes on you can start to see what the finished product will look like but it’s not until the third layer is finished that everything comes together.

When you’re cooking it’s the little things that make the difference between edible and delicious.  Unless you love playing with your food, there are times when this technique can feel a bit fussy. A feeling that completely goes away once you bite into the finished barbecue.

A few of our favorite recipes to use this technique with are our Simple Grilled BBQ Chicken and Mesquite Smoked Baby Back Ribs.  I’ve tried all sorts of different ways to finish chicken and ribs over the years; this is the only one I’ve found that turns them out with just the right balance between sauce and char on the outside.

Give it a try and let us know what you think in the comments below.

Whether you like your wings baked, fried, grilled, smoked, or cooked in a slow cooker we’ve gathered some amazing chicken wing recipes from across the internet.

For some of the juiciest, most flavorful burgers you’ve ever had try making blended mushroom and beef burgers. Blended burgers combine beef and mushrooms to create tastier, healthier burgers with a lower environmental footprint.

Whether you’re an expert with the grill or just getting started, we’ve got all the recipes and tips you need to up your grill game this summer.

A little bourbon, some brown sugar, and a touch of maple syrup elevate this Maple Bourbon Glazed Grilled Ham recipe. The flavors in the glaze echo the smoked paprika and brown sugar in the spice rub creating a ham with deeper, more complex flavors and a crisp outside that looks amazing.

An easy way to make almost any pork, poultry, or salmon recipe taste better is to brush on a little maple bourbon glaze. This bourbon glaze adds a nice sheen that makes any dish look like it came from the pages of a fancy cooking magazine.