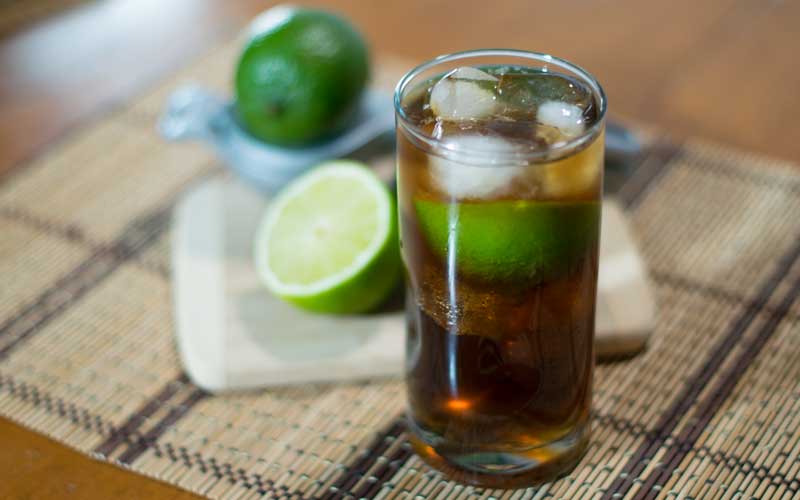 The Cuba Libre gets its bright tropical flavors from fresh squeezed lime juice that is nicely complimented by the Coca-Cola and some good rum.

Muddling the lime really matters in a Cuba Libré, in our testing there was a clear difference between the muddled and nonmuddled versions of the cocktail. What the muddling does is release the oils in the lime, which round out the flavors in the drink.

We also tried making a version with Mexican Coca-Cola, but couldn’t taste any difference compared to regular canned Coca-Cola.