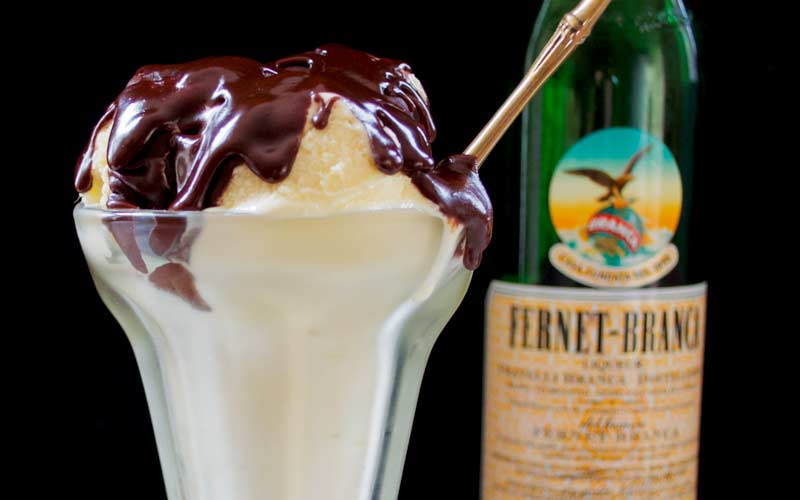 If you’re already a fernet fan, it’s likely that you’re either in the restaurant industry or were introduced to it by someone who is. The complex Italian amaro has been slowly increasing in popularity in the United States over the last decade, in large part because of its cult following in the restaurant world.

Ask almost any bartender, and they’re sure to wax poetic about the dark, bitter spirit. While fernet is actually a category of amaro that’s traditionally made with Alpine spices, the most popular brand by far, and the one which people often mean when they refer to the spirit, is Fernet-Branca.

Fernet-Branca has been around since 1845, when it was first developed in Milan, Italy. Made of a secret blend of 27 herbs and other ingredients, the only person in the world who knows the exact recipe is the president of the distillery, Niccolò Branca, who measures the ingredients for each batch by hand. Despite the secrecy, some ingredients are known: aloe, gentian root, galanga, and rhubarb all contribute to the dark, bitter flavor; saffron has also long been rumored to be an essential ingredient.

The amaro is often served with coffee or with cola, and if something goes well with those two flavors, then you can be pretty sure it’s going to go well with dark chocolate too, so we thought it would be a natural pairing for hot fudge.

The intense bitterness is mellowed by the chocolate and cream but still provides enough bite to make it something truly unusual and delicious. It’s great over vanilla ice cream, coffee ice cream, or just straight out of the jar.