9 Thanksgiving Recipes You Should Make for a Tastier Holiday

For a lot of people, their Thanksgiving menu was set in stone ages ago.  From grandma’s Jell-O salad to your crazy uncle’s minced meat pie, tradition can be fickle when it comes to holiday meals.

Don’t get me wrong, some dishes deserve to be eaten every year, and then there are those that sit on the sideboard cold and lonely with barely a spoonful removed.  These are the dishes that need to be retired to the dustbin of Thanksgivings past.

The whole point of Thanksgiving is to come together with friends and family to celebrate the things we are thankful for, and the only reason to be thankful for another pan of limp green beans with a few sliced almonds scattered across the top is that by avoiding them there’s more room for pie.

The trick, of course, is to get rid of the recipes nobody likes and replace them with dishes that are so good you want to eat them all year long. BTW, that’s the test, if you finish a dish and you’re secretly thankful you only have to eat it once a year it probably shouldn’t be on your menu.

To help everyone get started, we’ve got nine of our favorite Thanksgiving dishes that are just as delicious on turkey day as they are on any other day of the year.

How to Kick Thanksgiving Off

The game’s on, the bird’s in the smoker, and you’ve got some time to sit back and enjoy yourself.  Why not start with a Classic Old Fashioned. There’s nothing that says four day weekend like a little bourbon early in the afternoon, and if you need to entertain people, you can tell them all about the history of the old fashioned. 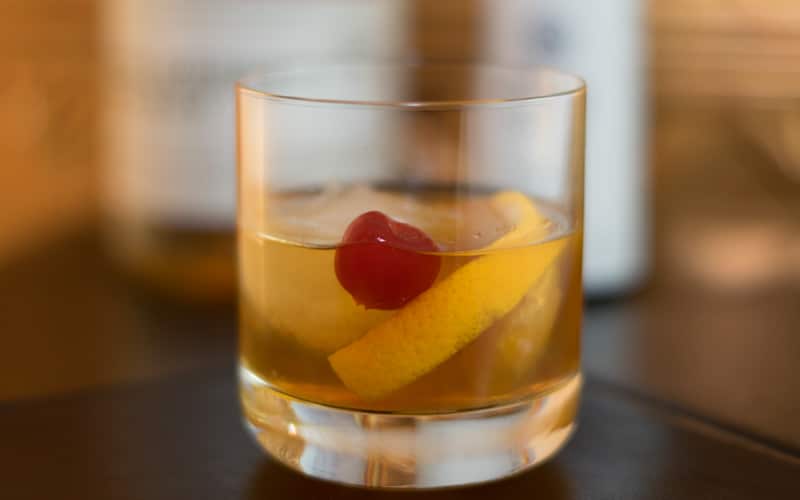 The Old Fashioned is generally considered the first cocktail

Once people start arriving it’s a good idea to have something for them to eat and drink. Set out some Caramelized White Onion Bean Dip, it’s a simple appetizer served with crackers and veggies that can be made ahead of time.

If part of your Thanksgiving is figuring out how to put a lid on old family squabbles, pour everyone a mug of Hot Apple Cider Rum Punch. Aged rum, exotic spices, and a little orange will mellow everyone out and help them remember the good times. 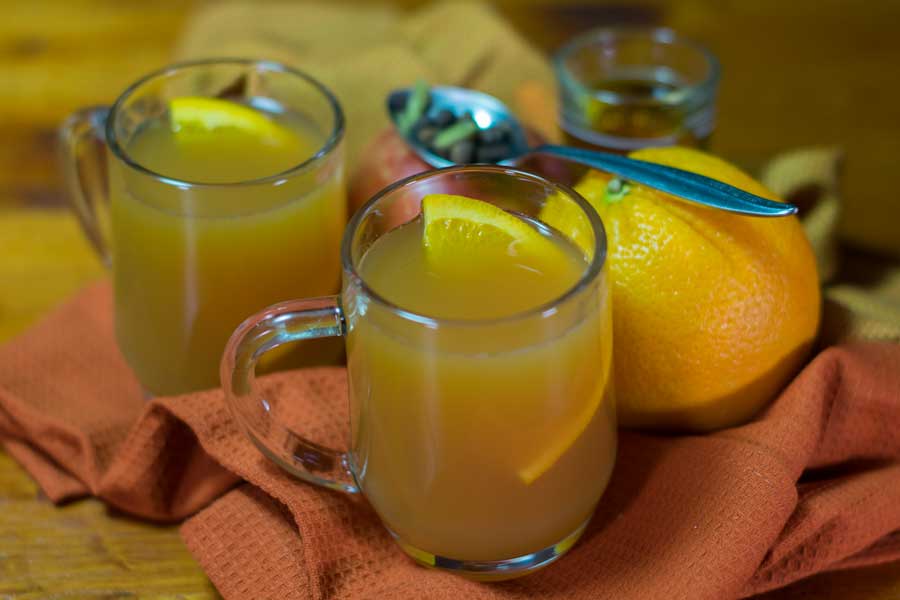 In this recipe, dark rum, exotic spices, and delicious apple cider come together to create a punch that will keep you and your guests warm all night long.

Did You Know That Turkey Doesn’t Have to be Boring?

It’s a little known fact, but there’s no law on the books that requires Thanksgiving turkeys to be dry and chewy. I know, it was a surprise to me too. My favorite way to cook a turkey is in the smoker, low and slow, add some hickory wood chips, and the turkey comes out tender and flavorful.  Since turkeys are so big, there’s just a hint of smoke in the finished bird that adds just the right amount of flavor to create one of the best turkeys you’ve ever had. 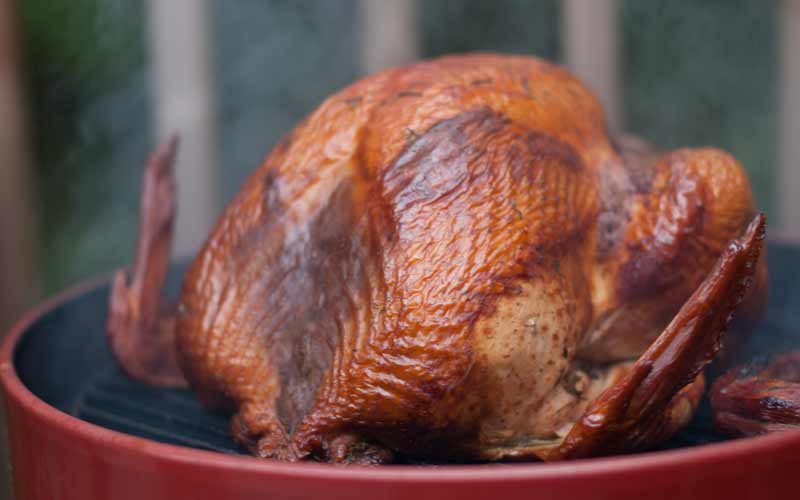 The thing that really makes or breaks a holiday dinner is the sides, and no side dish says traditional Thanksgiving like Wild Rice and Butternut Squash with Dried Cherries.  The wild rice and butternut squash are perfect compliments to each other that create something extraordinary when plump little dried cherries are added into the mix.

To irritate the vegetarian in your life and make everyone else happy, make Stuffing with Sausage, Apples, and Dried Cherries.  I mean who doesn’t want a little more sausage in their stuffing.

To round the day out whip up some Creamy Mac and Cheese, this isn’t your kids blue box mac and cheese; this recipe uses three kinds of cheese to create a rich mac and cheese that is creamy, gooey, and delicious. 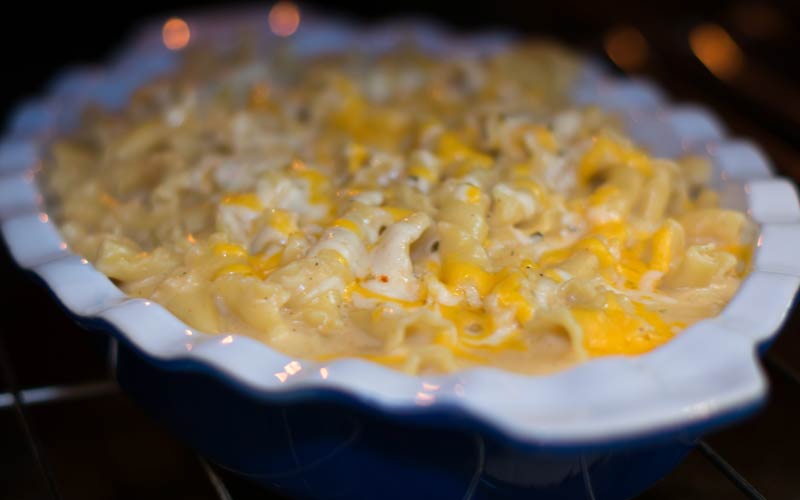 This recipe uses three kinds of cheese to create a creamy, gooey, and delicious mac and cheese

There are so many different things you can make for Thanksgiving dessert and while there’s nothing wrong with pumpkin pie, how often do you find yourself longing for canned pumpkin masquerading as a dessert.

The dessert that should be on everyone’s Thanksgiving table is Persimmon Pudding.  It’s warm and creamy and is everything that people think they remember about pumpkin pie when they haven’t had a slice in six months. 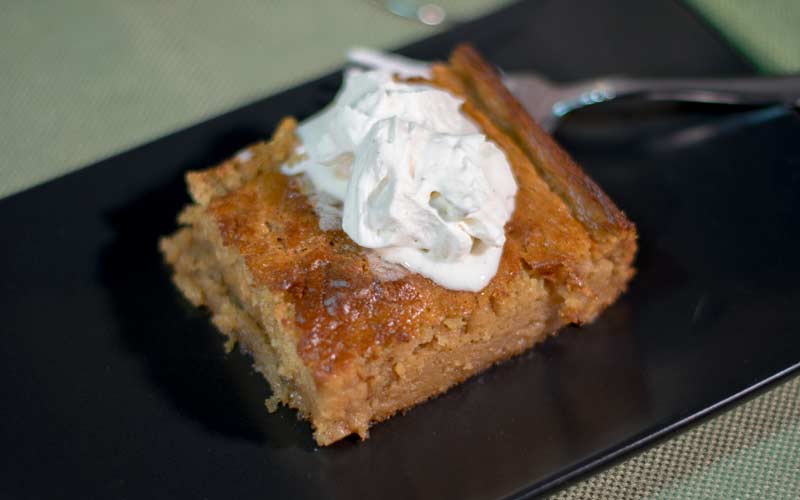 At the end of the day, just remember that the best way to have a great Thanksgiving is to invite people you like and serve them delicious food.